After a recent chat with Julie (www.jgcarpenter.com – twitter.com/jgcarpenter) we thought it would be a good idea if she could shed some academic light on the future of sex robots. Having recently written a chapter for the upcoming book Robot Sex: Social and Ethical Implications. The chapter is titled Deus Sex Machina: Loving Robot Sex Workers, and the allure of an insincere kiss (awesome title) and explores models of understanding human love, affection, and sexual feelings toward robots – which I’m sure is something everyone reading this can relate to… please enjoy and comment

What is HRI?
Human-Robot Interaction (HRI) is a field of research and study that pursues the understanding of communication between humans and robots. Those interactions are further embedded in many different situations and social systems, and my work is about making those connections between human-robot patterns of communication and culture, to identify reciprocal influences between the user and the robot design.

HRI is interdisciplinary and comprised of people from a variety of disciplines that includes design, psychology, engineering, philosophy, human factors, ethics, sociology, anthropology, art, rhetoric, and others. The strength of HRI is that as a field, these multiple approaches to investigating human-robot interactions from different areas of interest, scholarship, and training provides all sorts of perspectives, as well as mutual inspiration across disciplines for further work. 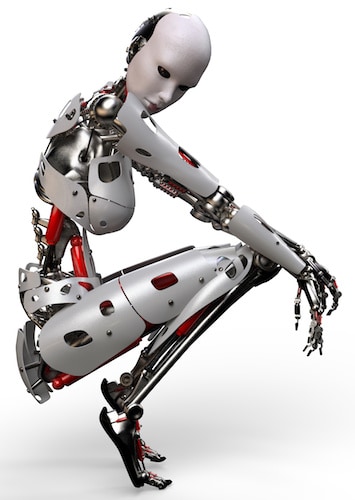 The effect on robotics, means possibly focusing some of that economic interest in new areas of R&D, and therefore likely some specific aspects of robotics may get pushed forward and prioritized in the research because of the new economic advantages that comes with financial investors. For example, robots designed to enhance human sexual pleasure will undoubtedly incorporate things like Natural Language Processing for humanlike verbal communication, AI, increasingly humanlike “skins” and movement (such as walking), and bi-pedal balance. An industry focused on humanlike sex robots will also likely pursue details considered unnecessary in other robots, but perhaps especially desired in a sex robot design that emulates humans in sensory detail, like robot skin that emits a personal scent or fluids. While people outside the industry might at first wonder how else these innovations could ever be useful in completely different aspects of robotics, I’d say you might be surprised. For instance, an application like robot skin that secretes body fluids or “sweats” realistically can be used to test other situations that are not sexual at all, such as measuring sweat output in the repetitive testing of military gear in simulated stress or environmental situations. Similar robotic technology has existed in the past in military robots for just that reason, so there’s obviously uses for all kinds of robotic innovation across a lot of industries. It would be short-sighted to be immediately disdainful of any robot or AI innovations that are developed in the sex toy industry, because there will likely be unforeseen applications for those same innovations outside that arena.

Of course, another effect will be as the field becomes more mature and integrated as a useful resource for the established industries, we’ll see more formal discussions about ethics, policy, and law that centers on how to design, sell, and even use sex robots.

You have a chapter in a new book coming: Robot Sex: Social and Ethical Implications. I know it’s going to be quite academic but can you tell me what sex doll owners may think about it and do you think they could contribute to the growing discussion?

The book was written by academics and scholars, but I wrote specifically with interdisciplinary audiences in mind, so hopefully it’s readable to a lot of people that might be interested in the topic. 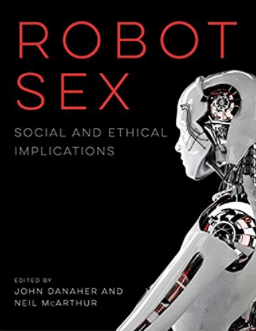 The handful of people I have spoken with that identify as Synthetikand others who enjoy the company of sex dolls or have an interest in sex robots have the real expertise, in my opinion. My research is often about listening to peoples’ experiences, situating patterns of those experiences within larger social systems to offer a framework for describing what human-robot interaction phenomenon are occurring and explain why interactions are playing out the way they are, and then predict what might happen based on what I’ve learned. Therefore, my work has always been rooted in a basic premise of focusing on the people interacting with the technology, the human side of human-robot interactions. I plan to keep speaking with sex doll owners if they are interested in speaking with me, too; I hope they continue to share their experiences. Because my research methods rely on listening to people who interact with a technology, that often means someone is sharing very personal thoughts with me, and so I approach any topic from a place of respect. I regard the stories of the people who speak to me about their experiences as a serious responsibility of mine, and I do my best to represent people in as an authentic way as I can.

Do you think robots can achieve sentience?
I think first we need to agree a little bit more among roboticists and folks in the industry about how to define sentience, and how we will determine it has been achieved when it arrives. There are certainly already religions and cultures that regard some non-human things as sentient, and the meaning of sentience is always part of a culturally-laden system of beliefs, an agreement about what sentience means. Often when we talk about declaring something as sentient from an AI perspective, we are referring to a humanlike intelligence, or comparing a human model of intelligence and self-awareness as the measure of AI sentience.

It is possible a robot or disembodied AI will spontaneously become sentient, or what we think of as sentient, and we won’t necessarily recognize this change until larger patterns of AI behavior emerge. When we notice this change, that recognition will depend not just on our perception, but the AI and the medium it is in, whether it is disembodied or embodied, and the situation, such as if/how it interacts with humans. I believe AI can achieve an intelligence that is certainly recognizable as having lifelike qualities, and even humanlike consciousness. I’m not sure our end goal should be to focus on recognizing a humanlike sentience, but rather to determine at what point we agree a significant shift toward something akin to sentience has occurred. Will AI achieve a subjective perspective, or the capacity to feel? I think so, in its own way. Will AI achieve self-awareness as we understand it from a human perspective? I think it is more likely it will develop a new type of system processes we compare to our own to understand it, but it will be different, a new thing, a robot’s subjectivity.

What are your robotic predictions for the next 50 years?
Besides social robots, other areas of robotics that we will see huge growth in will be autonomous vehicles (AV), agricultural, and military robots. Widespread use of AV will change our environment and social structure in many, many pervasive ways. Besides the changed mobility methods of AV, societal norms will need to catch up to a world where some people use AV and others do not; AV use will change our transportation infrastructure, how we interact with vehicles (and others in vehicles), social norms, and law. Sex robots, AVs, drones and other emerging technologies do have some cultural similarities in terms of their being integrated into peoples’ everyday lives, albeit at different rates and in very different ways. As a society, we are struggling with finding agreed-upon ethical frameworks and developing entire new bodies of legislation based in those agreements, and all that entails, even though the technologies already exist and can be bought and sold. This pattern is going to continue, with technology outpacing cultural shifts, for a long time.